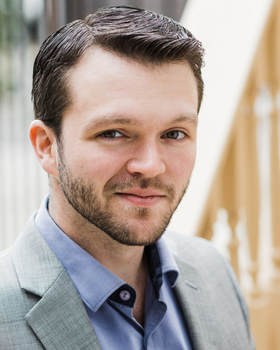 Matthew Peckham is a multi-disciplinary Chicago-based artist and arts entrepreneur. A graduate of the University of Michigan, Ann Arbor (BM 2012), and the Chicago College of Performing Arts (MM 2015), he has performed in operas, musicals, and choruses in numerous venues across the United States. His performances have been described by critics as "facile," "fresh," and "inspired."

As an entrepreneur, Matthew has a special interest in fostering new works and in building sustainable arts institutions. Projects in Chicago have included co-founding the Chicago Vocal Arts Consortium, serving on the inaugural board of Thompson Street Opera Company, and helping to grow the classical music recording company Atlas Arts Media, where he currently works as Director of Operations. Many projects that Matt has helped launch have gone on to receive national recognition. Most recently, Rossa Crean's opera The Great God Pan received the 2018/19 American Prize in Opera Performance. Matthew assisted both as a performer and recording technician in the pilot recording that led to Chicago Fringe Opera's world premiere production in 2018.

His award winning work as a performer, AV designer, and audio engineer has been recognized by organizations including the Roosevelt University Presidential Awards for Social Justice (Considering Matthew Shepard, CCPA 2019), and DCASE: The Chicago Department of Cultural Affairs and Special Events (There Always, Something Sings, Midwest and East Coast tour, 2018/19)

As a frequent performer of new music, Matthew has worked with many living composers on projects including the world premieres of Rootabaga Stories, by Yvonne Freckman, and Jonathan Hannau's Pierrot Songs. Other collaborators include Daron Hagen, Erik Lindsay, Rossa Crean, Paul Winchester, Ezra Donner, and Chappell Kingsland. Last year, as the recipient of a grant from the Chicago Department of Cultural Affairs and Special Events (DCASE), Matthew toured the Midwest and East Coast with the recital There Always, Something Sings, featuring a program of music by living American composers about power of interfaith understanding and the shared core beliefs of Islam, Christianity and Judaism. 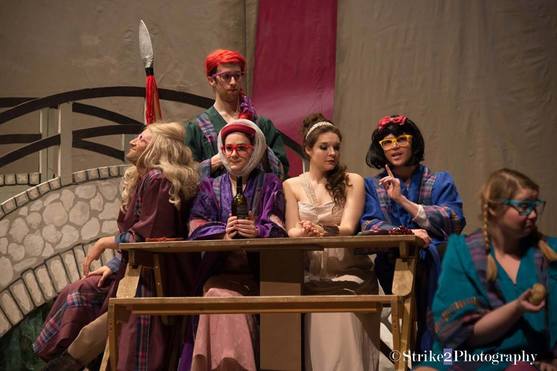 "The Gilbert & Sullivan Opera Company’s Iolanthe on March 10 was hilarious and joyful, featuring excellent comic performances from the entire cast."
Oliver Camacho of Vocal Arts Chicago, "The Best of Opera in 2017" (Read the Full Review)

"Tenor Matthew Peckham’s Lord Poetry sang for Love, quoting Yeats and Shakespeare in dulcet tone; in gesture, his fingers danced. Thompson gave some of the sweetest music to Lord Poetry, and Peckham wrung the heart out of every couplet.
Aaron Hunt, 2017 (Read the Full Review)

"Matthew Peckham is facile, multi-faceted and fabulous as Jack Point. His excellent use of gesture and body position, deep emotional reality and ability to handle everything from patter songs to lyrical duets is very impressive. (...) The principals sing as well together in duets, trios, and quintets as they do in solos; they’re well-tuned, beautifully blended and precise, even a cappella." -Roger Shoemaker, The Cape Cod Times 2016 (Read the Full Review)

"When fresh-faced Matt Peckham (sailor/suitor Anthony) and Knapp sang together, it made a lovely contrast between bitter and sweet." -AnnArbor.com 2012 (Read the Full Review)

"Matt Peckham and Ben Brady turned in inspired performances that only got better in the second act. Peckham’s Ko-Ko, a Mad Hatter-esque executioner lacking even the strength to heft his axe, and Brady’s haughty-but-likable Poo-Bah, were both great fun, bringing a manic edge to their performances that helped to really energize the show." - AnnArbor.com 2011 (Read the Full Review)

"Matthew Peckham as Dr. Daly carried himself exactly in the manner of a middle-aged country vicar.  His mannerisms from his walk to his becalmed yet inquisitive facial expressions were just right.  Mr. Peckham's voice was also right up to par, with soft tones that nevertheless rang clear as a bell, even from far upstage, which is normally a Mendelssohn Theatre dead zone.  Even his miming of the flageolet in Act Two was well done, and he also wins the award for best diction of the show." -Daniel Florip, Editor of the GASBAG 2010
Praise from Colleagues
"In lesser hands, Chris would come across as needy and selfish, but [Matt] brought this great pathos to the part... The performances [he] gave were the highlight of my year."
-Eric Lindsay, composer of Cosmic Ray and the Amazing Chris
http://musicscore.com/

"Matt Peckham’s Jack Point in Yeomen of the Guard was heart-breaking in its pathos.  A sensitive and delightful portrayal of one of G&S’s greatest patter roles.  His lascivious St. Brioche in The Merry Widow was hysterical and sent the audience scrambling for their French dictionaries.  It was a comedic triumph!  Matt is a joy to work with, a thorough and compelling actor and should be on everyone’s cast lists!"
-David Ward, Stage Director, College Light Opera Company
http://www.buffoward.com/

"This production of The Yeomen of the Guard  exceeded my expectations, and Matthew Peckham's talent, drive, and adaptability had much to do with it. His command for Gilbert's text, both in style and delivery, as well as his strong lyrical voice, gives Matt a distinct advantage in the world of Comic Opera. Indeed, I look forward to working with this fine actor again in the future."
-James Mills, Stage Director, College Light Opera Company